Keep up to date with all the BMYC News 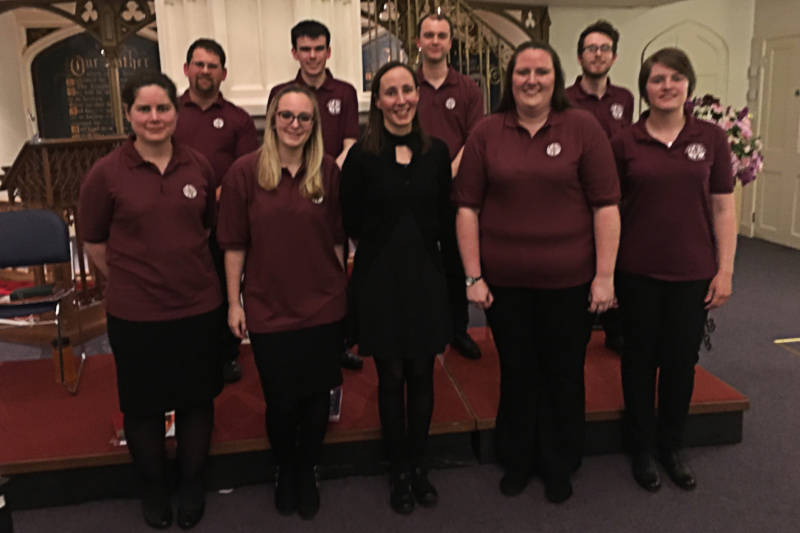 Now back and rested from the BMYC’s taster weekend and concert at Newbury Methodist Church over the weekend of the 5th to the 7th May is a great time to reflect on the weekend.

The choir has been quiet for a few years due to our musical director Heidi and her husband Andrew starting a family in 2014 and myself and my wife Rosie starting ours in 2015 and welcoming an additional member to our family earlier this year. The taster weekend in Newbury was a great opportunity to reinvigorate the choir and introduce new members to our repertoire. As well as welcoming back existing members of the choir we also welcomed Alex and Forest and we hope that Matthew and Beatrice who expressed an interest in the choir but were unable to join us this time will join us for a later concert.

We had invited a local folk group “Travelling Light” to join us for the evening concert on the Saturday and as well as sharing the load of the concert with the choir provided a great opportunity to introduce a different style of concert for those attending.Travelling light

Both the choir, travelling light and the congregation all agreed that it was a very good concert and the choir and travelling light complemented each other. This approach is something I would like to look at repeating again at whichever church hosts us in the future.

On that note, after discussions with the choir after the concert, we agreed that we would like to do a further concert in 2017 in early September, possibly in the Midlands, more details should follow in about a month’s time.

Thank you to Peter and everyone at Newbury Methodist Church who made us so welcome, hosted, fed and watered us and thank to Heidi for rehearsing the choir so well and pulling it all together for the weekend.

God must still have plans for our “Mission in Song” Hallelujah